Memories of Flash on the Beach

I received news today that John Davey has decided to end the Reasons.to conferences which happened in Brighton (and London). It's sad to see this end but I have very fond memories of my time at Flash on the Beach — the predecessor of Reasons.

I still remember that first FOTB in Brighton. There was a wonderful atmosphere that permeated the whole three days, brought about by the love and passion John Davey poured into the event. Earlier in the year John had called to tell me about this mad idea he had to create a three day conference around not just Flash but a celebration of all things creative. I said if anyone could pull it off he could. With the support of his family and friends John put on an event that I know still sticks in people's minds, and for the following years Flash on the Beach was the conference to go to.

John however didn't want to just put known names on that wonderful stage in Brighton, but wanted to create a vehicle for unknowns to try their hand at public speaking. To this aim John created the Elevator Sessions — where each speaker had a just a few minutes to talk about something they were passionate about. Over the years this became the session to attend and I know for a fact that many who now speak at several conferences a year actually started out through John's generous idea.

When Flash died John reinvented the conference as Reasons, and whilst it was successful I never felt it had the same vibe for me personally, though I know many loved it. Now however there were so many conferences springing up, people had more choice where to spend their money.

Whilst it's sad to see it go, I always think longevity is overrated. Flash on the Beach will be long remembered with love and affection by many who not only attended the conference but met future collaborators, made friends, met future business partners or just simply loved being with other like minded individuals.

Thanks John — it was a blast. 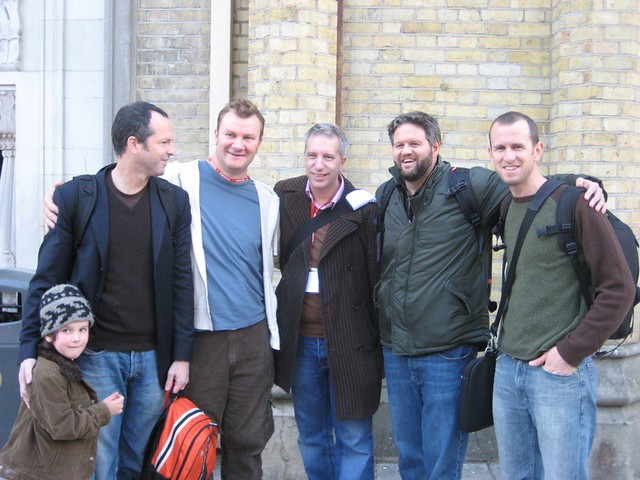 T.S. Eliot on the artists’ mind as a test chamber.

Subscribe to the RSS feed to keep up to date with this blog.

Sign-up to The Dawesome Digest — my occasional email newsletter.

Visit Produced for Use — my online boutique selling physical goods.

Find a park bench and simply sit, rest and relax.

Nicely put and all true. Early September is going to be a lot less bonkers now

That’s a real shame. Always a celebration of the crazy there

Aww sad times! FOTB was the first creative event I ever attended! And Reasons was the first time we ever got to hang out! And I loved being on that huge beautiful stage. John’s a legend, it shall be m…

Aww @reasonsto ! Thank you @brendandawes for introducing me to it all. It was a great celebration of creativity and design.

Awh that is sad news. I’m going to miss sitting in the wonderful dome being inspired and entertained.